Crossovers are gaining popularity like crazy. They’re everywhere near the Statesboro, Metter, and Sylvania area, boasting a roomy interior, powerful performance, and elevated capability as they glide along the streets. If you have been interested in making the switch to a crossover, there are two models to consider: The Toyota RAV4 and Subaru Forester.

To help you decide which one is a better fit for you, the team at Franklin Toyota is here to help. Below, you’ll find our RAV4 vs. Forester comparison that presents these two crossovers side by side. Which one will appeal more to your needs? Let’s find out.

Make sure to also check out our RAV4 vs CR-V comparison! 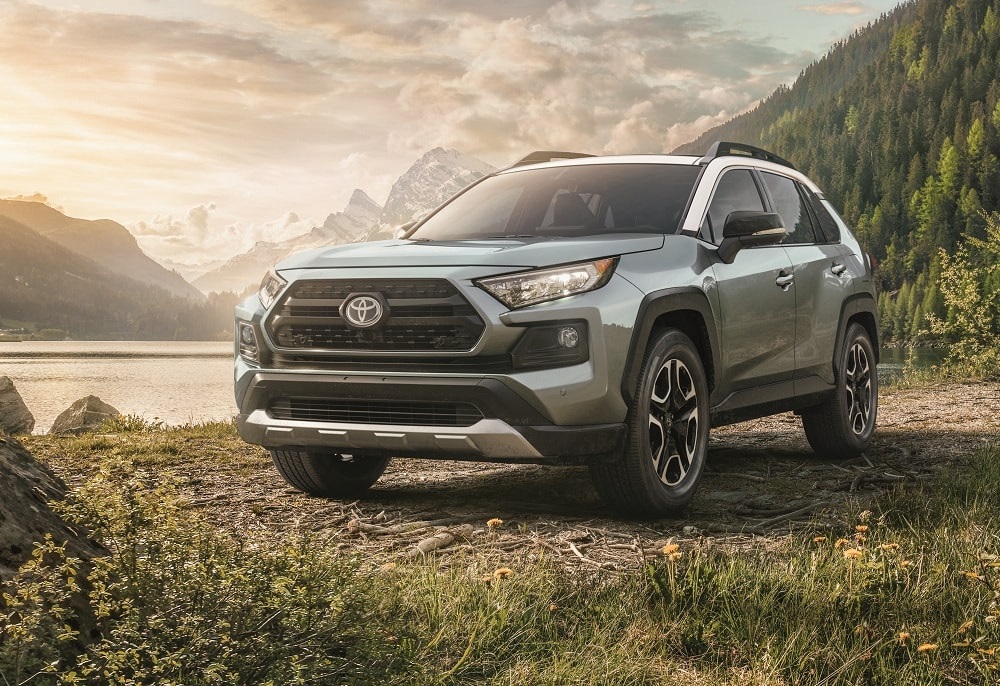 Crossovers are known for packing the perfect amount of power for city driving and highway jaunts. Luckily enough, these two deliver, but there are some notable differences under the hood.

The RAV4 comes standard with a 2.4L 4-cylinder engine that boasts up to 203 horsepower and 184 lb-ft of torque. This equals a smooth drive full of vigor that is sure to impress.

On the other hand, the Forester is paired with the 2.5L Subaru BOXER® engine. This doesn’t rev up as much oomph with a horsepower of 182 and a torque of 176 lb-ft of torque, leaving you with less authority behind the wheel.

If you’re looking to visit the gas station less–and let’s face it, who isn’t–the 2019 RAV4 and 2019 Forester offer solid fuel economies. When put side by side, one may leave you wanting a little more.

The Forester chimes in with an impressive estimated efficiency of 26 city/33 highway/29 combined MPG. However, the RAV4 offers slightly more efficiency, giving you an estimated 27 city/35 highway/30 combined MPG.*

Though the city mileage is the same in both models, the elevated highway and combined miles per gallon are much better for those who hit the highway more. Trust us, the extra mile makes a difference and adds up fast.

Driving should be seamless, cozy, and as enjoyable as possible. This is why these two crossovers created a cabin that is worthy of even the longest of commutes. To start, they both are equipped with an available 8-inch dashboard touchscreen that hosts a hub for entertainment, navigation, connectivity, and more.

However, the RAV4 offers some great features that the Subaru model doesn’t. This includes the smart-key system that allows you to open your doors and start your vehicle while your fob isn’t even in your hands. The Forester offers something similar, but you need to access a keypad instead of seamless entrance.

Another innovative feature only offered by Toyota is the Bird’s Eye View Camera. Using high-end technology, this uses multiple cameras around the vehicle to give you a 360-degree view of your vehicle on your touchscreen. How neat!

RAV4 vs Forester: The Results Are In

Franklin Toyota is proud to say that the extra power, elevated fuel economy, and more unique interior features make the RAV4 a crossover to covet. If you’d like to experience this model in person, schedule a test drive near the Statesboro, Metter, and Sylvania area today!